Status refers to the power dynamic between two or more people. High status people dominate low status people who submit to their demands. The unwritten rules that govern human interactions create this social hierarchy, which is so intuitive that it becomes almost invisible to us.

People with ADHD tend to exhibit low status behaviors, which can hold us back from getting what we want in certain situations. Worse yet, low status usually correlates with low self-esteem, which makes us more susceptible to anxiety and emotional overreactions. In this article, I will explore what status is and how we can adapt status interactions to our benefit.

My understanding of status is mostly based on Keith Johnstones’ book IMPRO and my own experience. Johnstone was an improviser whose work pioneered many concepts that are fundamental to this art form.

There are two types of status. Social status comes from looks, wealth, and power (often conferred through titles); how you appear.

The second type of status centers on behavior. This type of status is not something you are, or that you have. This is based on how you act. We change and deploy actions which change our status constantly. Looking down and dejected might win you kind words and compliments. Strong gestures and eye contact could win you a job interview. We might adopt a low status during a traffic stop to avoid getting a ticket. We might adopt a high status at work by demanding a raise, instead of asking.

Typically people gravitate naturally toward one end of the status spectrum or the other (high or low). This is not a moral issue. Both types of people can be good people, however low status people tend to have lower self-esteem and get less of what they want. Low status people tend to have a lower opinion of the value they provide to others. That is the problem and that is why we want to become more aware and learn to modulate our status:

We can communicate our status with a variety of behaviors. That means we can play with status freely. Think of it as a strategic way of behaving in a given situation. It sounds a little like we’re planning our actions and reactions in advance like manipulators. In reality, our brains are wired to think in this way.

Status can be indicated strongly in how we move, speak, carry ourselves, breathe, touch others and ourselves, ask questions, look at others, and approach problems. Here are just a few strong indicators of status.

Although these markers indicate high status and low status, the truth is that status games are part of literally every human interaction. Johnstone observed that, “…every inflection and movement implies a status, and that no action is due to chance, or really ‘motiveless’.”

Status is obvious between social roles like boss and employee, but even friends play status games with each other. In friendship, hierarchies are more flexible and can be more easily modulated and joked about, but they are ever present.

Status is a measure of value

Humans are great at measuring and ascribing values to things. We assess value immediately, unconsciously, and continuously. In any group of people the highest status person is the one who brings the most of whatever happens to be valued most highly by that group. Everyone wants to be associated with high value and different groups can value different things.

It is useful, then, to identify the values that are prized by the group you want to raise your status in. Think about how you want to demonstrate your status in their context. You don’t need to act like a spoiled prince looking down your nose to convey high status and be respected. Status can be tremendously subtle. Ask yourself, “how do I want to come across to this group?” Imagine what that behavior looks like and feels like when interacting with your target group. Practice and try to hold onto the feeling of high status and the group’s values. This will help bolster your status internally.

Status is relative, therefore it tends to work like a see-saw; for one person to go up, another must go down. This is why Johnstone asserts that we enjoy seeing kings lose their thrones. Because the status of everyone below the king is slightly elevated as a result. Likewise, comedians make us feel good by lowering their status with jokes, inherently raising ours.

How to change status

Based on the above, the simplified rules of status could be laid out as follows:

Because humans are always thinking in terms of status, we are all adept at spotting a fake. Don’t try to hack status by deploying status markers in your interactions. It will come across as awkward, creepy, or pushy.

Instead, think of status as a form of play. It is not to be taken too seriously. Try playing as a different status in a particular situation. Bring one of your lesser known “selves” to the party. After all, none of us is just one way all the time.  Change in status is naturally compelling. Have fun with status. When we can play between low and high without worrying too much about the stakes, then we are automatically higher status.

Low reactivity is the shorthand key to high status

The most important marker of status is reactivity. This is the one to remember above all else. Highly reactive behavior is low status. Overreactions are unbalanced and present an opportunity for those who maintain their composure. This is why sunglasses can sometimes make people seem cooler because their eyes don’t telegraph any reactions. Of course, it’s a bit of a cheat because their eyes are hidden, but the principle applies. Being unaffected and effortless is high status. Low reactivity is high status.

Being able to modulate your status, understand the status games of others, and cultivate more high status behavior will help you in every social situation. Better awareness and control of status will raise your self-esteem. Even without fancy possessions or titles, you can behave in a way that increases your chances of being listened to, taken seriously, and getting what you want.

For further reading I recommend Kieth Johnstone’s book IMPRO above all else. I also found the following articles to be helpful in writing this piece.

The Introvert’s Guide to Status Games 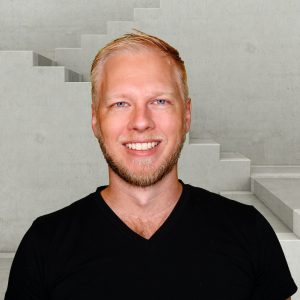 Welcome to the blog!

Check out the latest treatment tips and visit my YouTube channel for weekly live streams that expand on each article.